The Air Canada Maple Leaf Lounge at LAX moved a few years ago from Terminal 2 to Terminal 6. While the new lounge space is modern and an upgrade over the old one, it is much smaller now with maximum seating for 118 people.

However one advantage is that it can be easily access by United Elites (with at least Star Alliance Gold status) who would otherwise not have access to a lounge in Terminal 6 when traveling domestically. 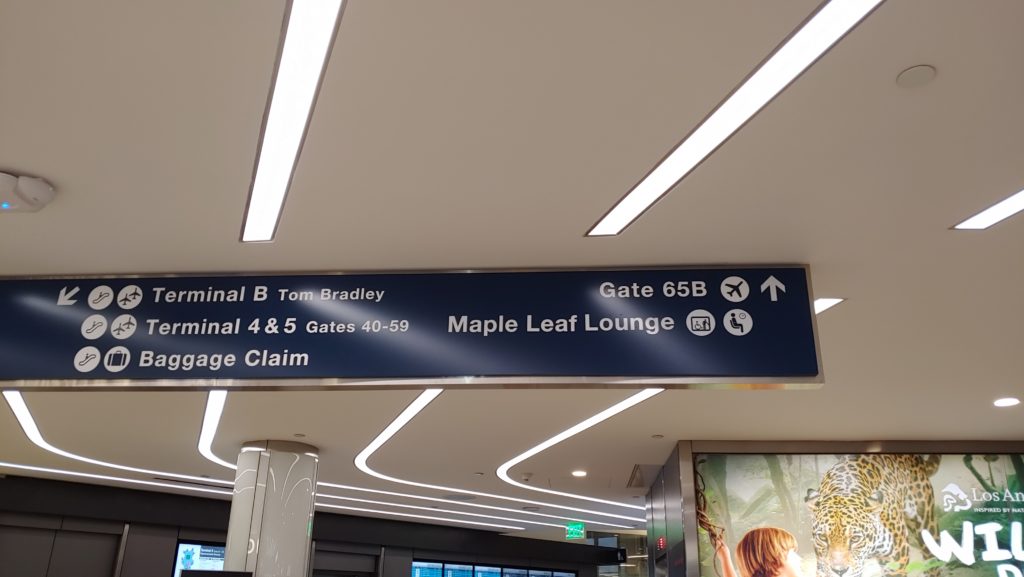 The lounge is located in Terminal 6, between Gates 65A and 65B.)

To get there, clear security, walk past Gate 65A, and then take the elevator in the middle of the walkway to the 4th floor. This lounge is just opposite from the Alaska Airlines lounge. 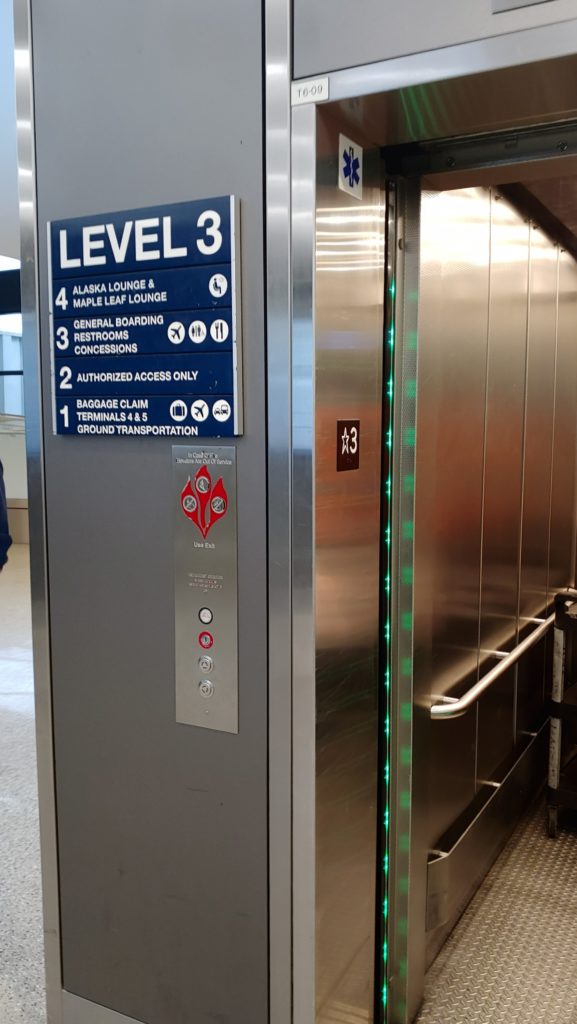 The lounge can actually be accessed if you are flying from TBIT through Terminals 4-8. This is because once you clear security, there are a series of walkways to get form TBIT to Terminal 8.

This can be useful if you have United Airlines elite status but can’t use United lounges when traveling domestically.

There are a few other obscure ways for Air Canada Maple Leaf lounge access you can read about as well.

The entrance to the lounge is understated but modern. There was a cool model of an Air Canada Boeing 787 Dreamliner by the entrance desk. Which was coincidental as we would be flying on one in just over an hour!

Check-in took all of about 15 seconds. 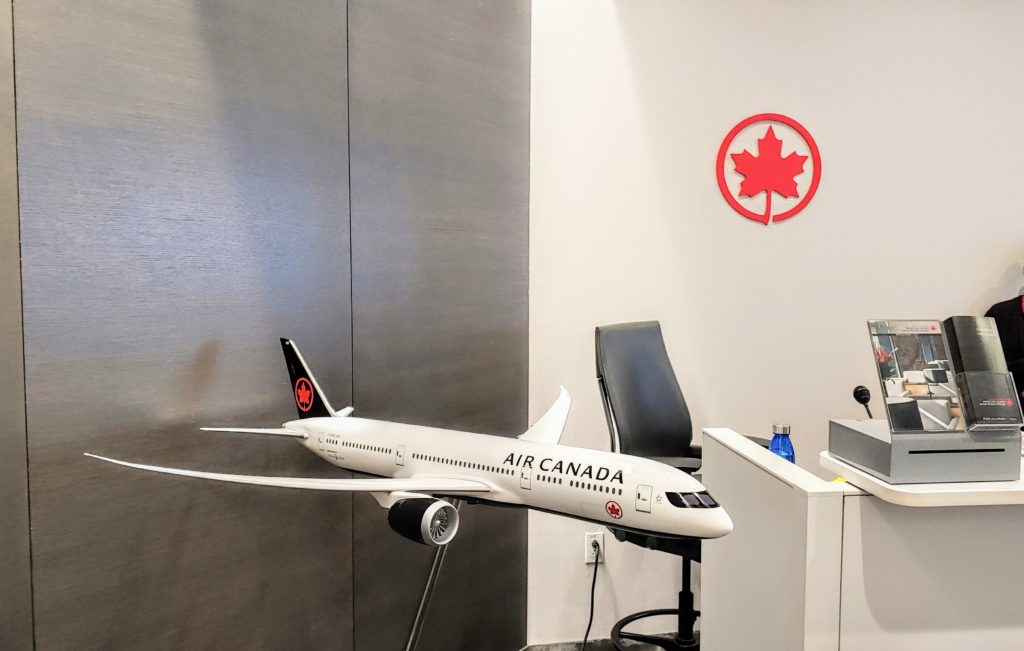 There was also a beautiful display of flowers by the entrance, but it was a little strange to see the vase sitting on the floor. 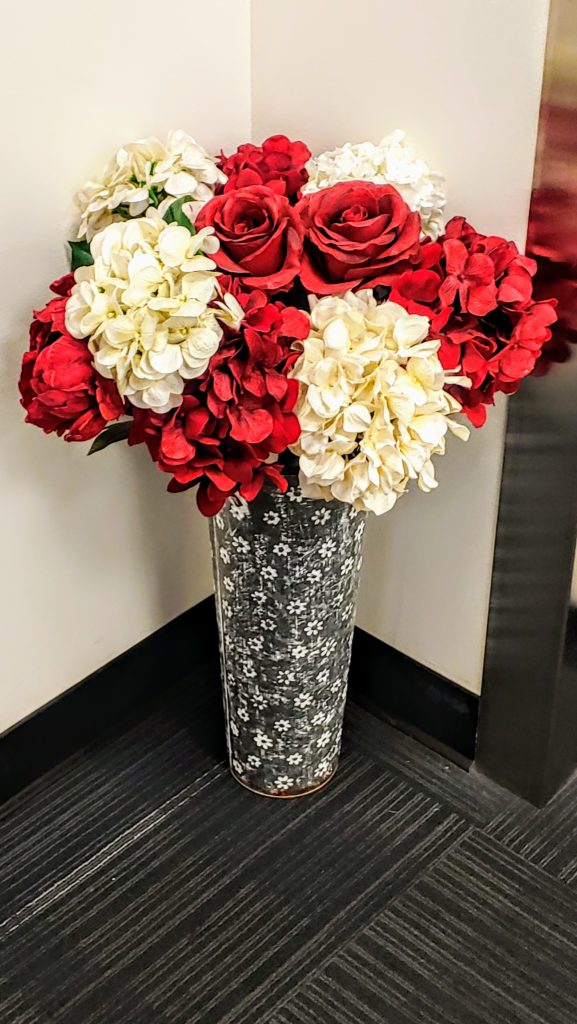 The lounge is currently undergoing expansion so it is a little small right now, but wasn’t crowded at all with maybe a half dozen others in the lounge.

The lounge area is essentially one large room separated by a center divider into two separate areas.

The first area is the largest part of the lounge with multiple layouts of leather chairs for sitting and relaxing. There is a big “U” shaped couch in the center facing a TV. 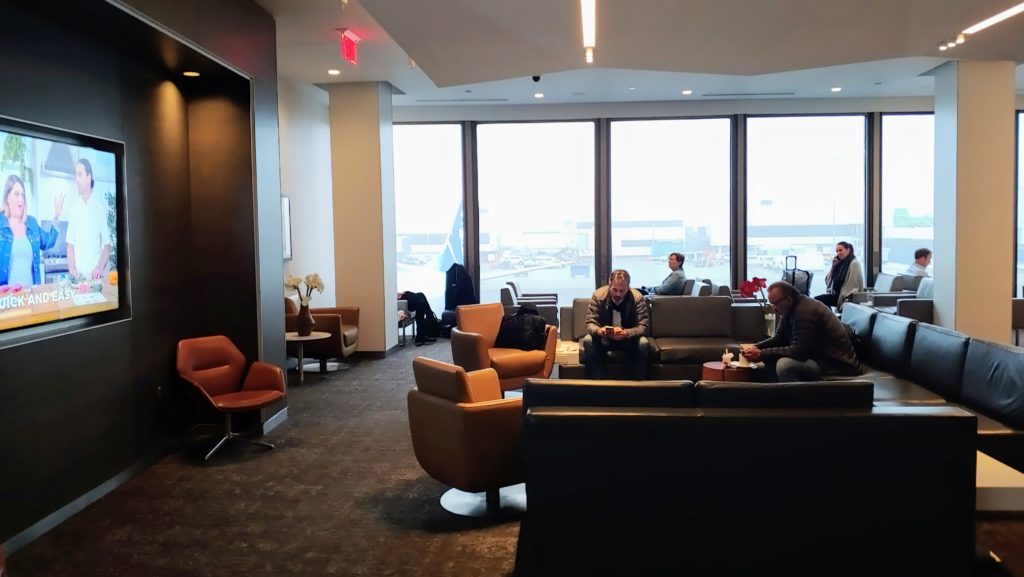 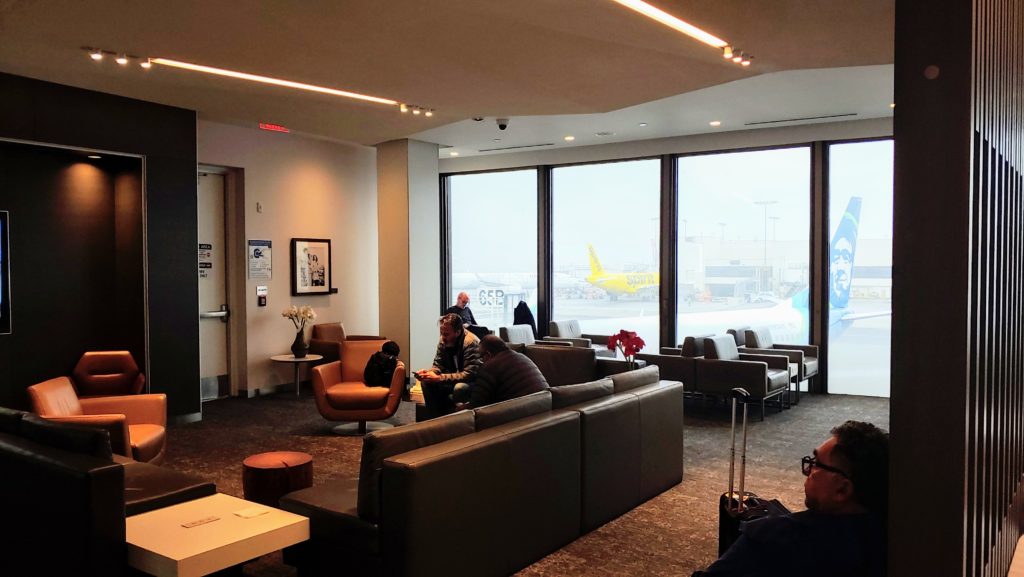 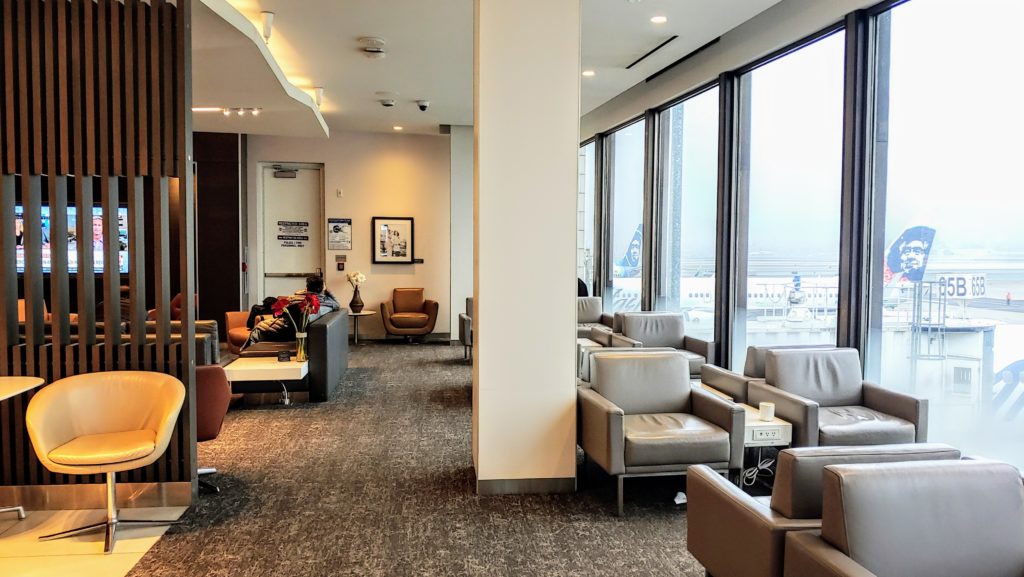 There is a pretty neat wine display between the two areas. Although I apologize for the glare that detracts from the display. 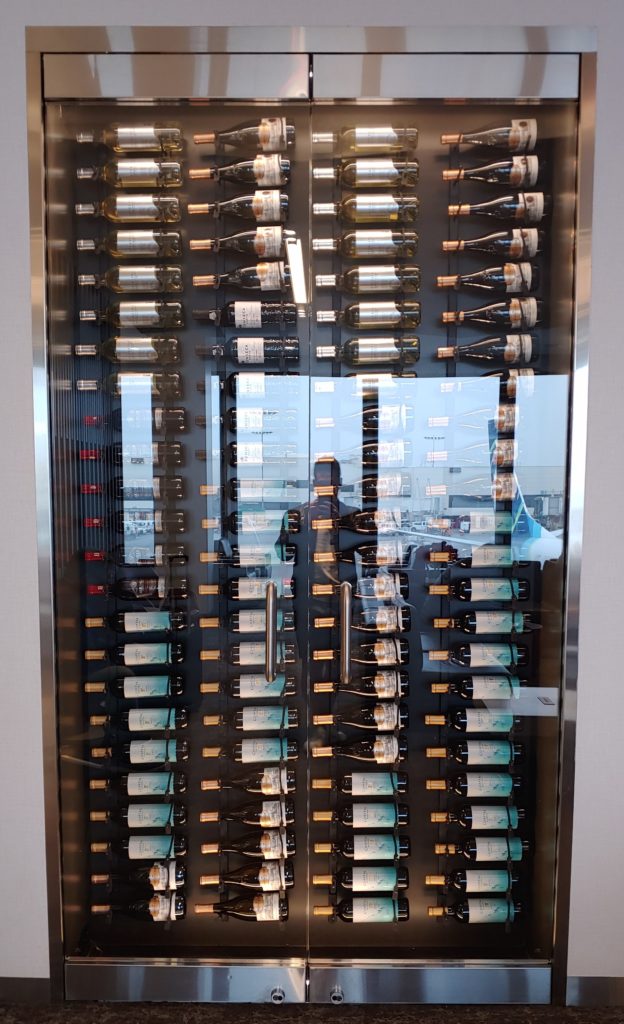 Second area is a bit smaller and is the main dining area which features the self serve food buffet, drinks, a large center communal table with high-top seating and several smaller dining tables to the sides. 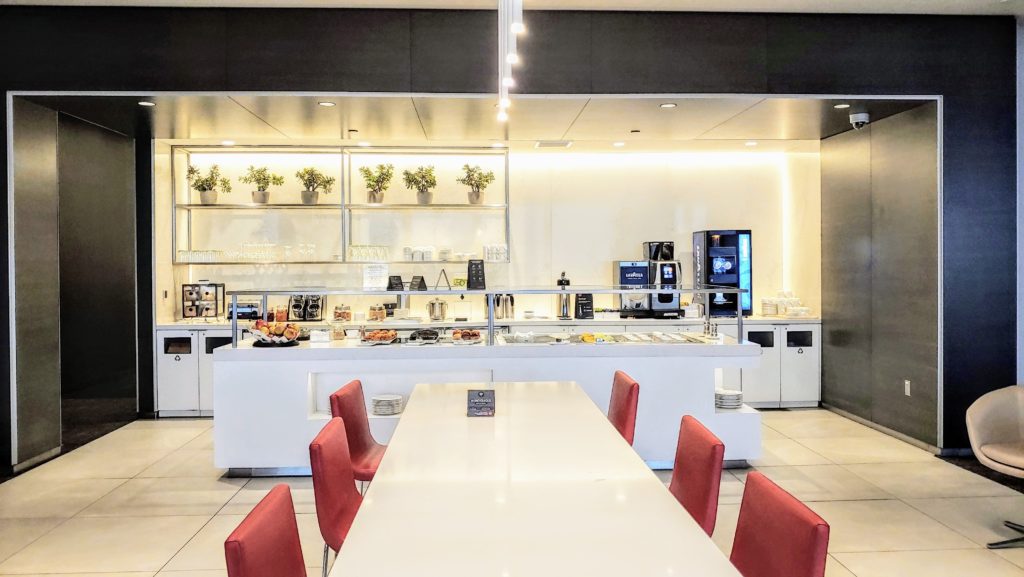 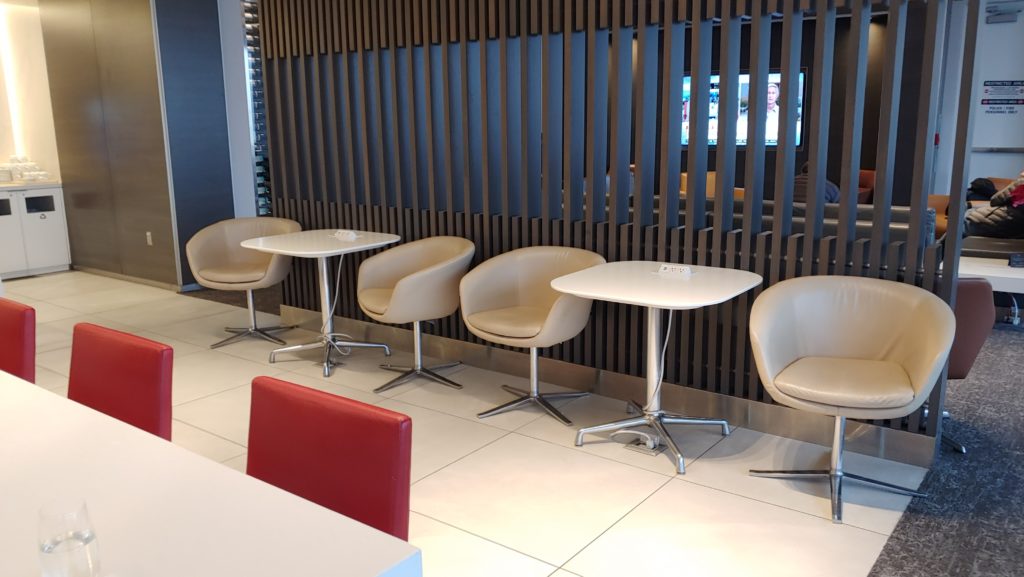 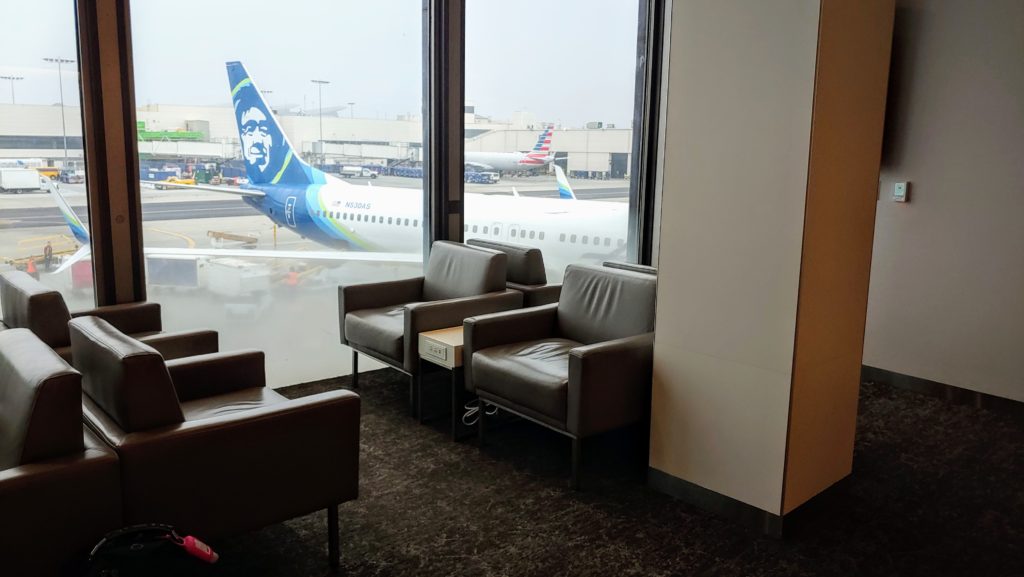 The lounge did offer nice wide unobstructed views of the tarmac. The large windows offered plenty of natural light. 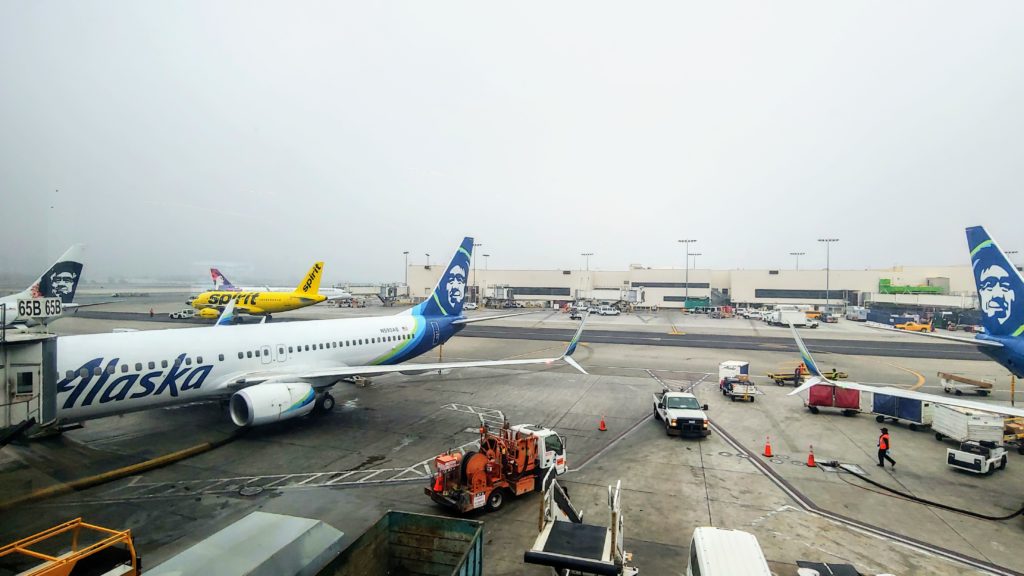 The décor of this lounge was similar to other Air Canada Maple Leaf Lounges, such as the one we visited the next day in Montreal.

Interestingly, enough I was asked not to take photos inside the lounge at all (even of food or empty seats), so I didn’t get to capture quite as much as I would have liked to. This has happened before in crowded lounges (I do my best not to take pictures of any guests), but the lounge was fairly empty so it was a little strange. It almost felt like the staff and management were trying to “hide” something that they didn’t want documented with photos.

Breakfast was simple and similar to what one would expect for a continental breakfast. There was yogurt, fresh fruit, hard boiled eggs, muffins and toast. The hard-boiled eggs were actually a nice treat as it’s usually hard to find lean protein when traveling! 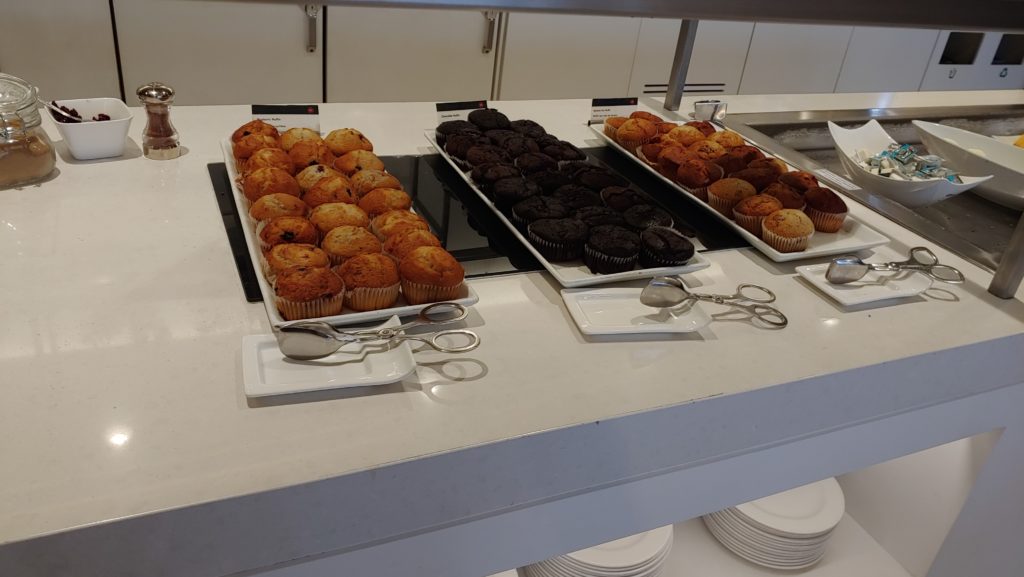 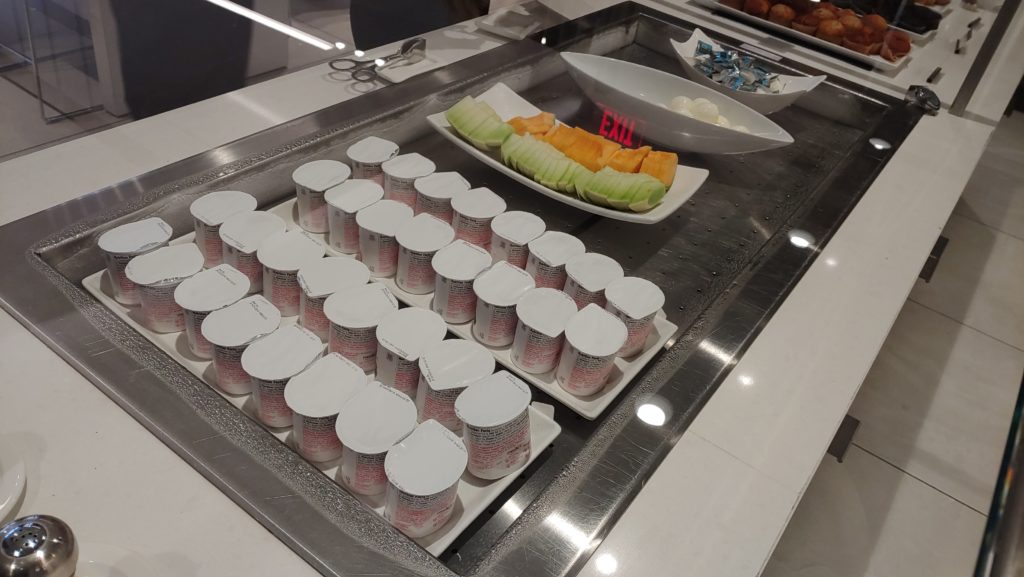 Overall the lounge was nothing extraordinary, but was very nice with modern decor, fresh food and open views of the tarmac. I would say it is on pat with or slightly better than most standard domestic lounges (Admirals Club, United Club etc).